Historic capital of Tregor, one hour of your camping near Treguier in Brittany. This former episcopal town offers a relaxing moment walking along the narrow streets of half-timbered houses.

Nestled deep in a ria but overlooking the two rivers, Treguier is also a port.

As is often the origins of the city come from the foundation of a monastery by Tugdual who was consecrated bishop in 542. Around a rapidly developing this city is one of the steps of the TRO BREIZH, the pilgrimage to the Seven Saints honoring the founders of Brittany.

After devastating Norman invasions, the city was abandoned by its habitants before a man named Gratien rebuild a cathedral whose Hasting tower is still visible vestige today. From 1450, a Gothic cloister was built later and become the famous market of the city. Then again, during the war in Britain who oppose Protestant and Catholic Leaguers (Catholic) ravaged the city. The conflicts will cease with the famous Edit de Nantes. 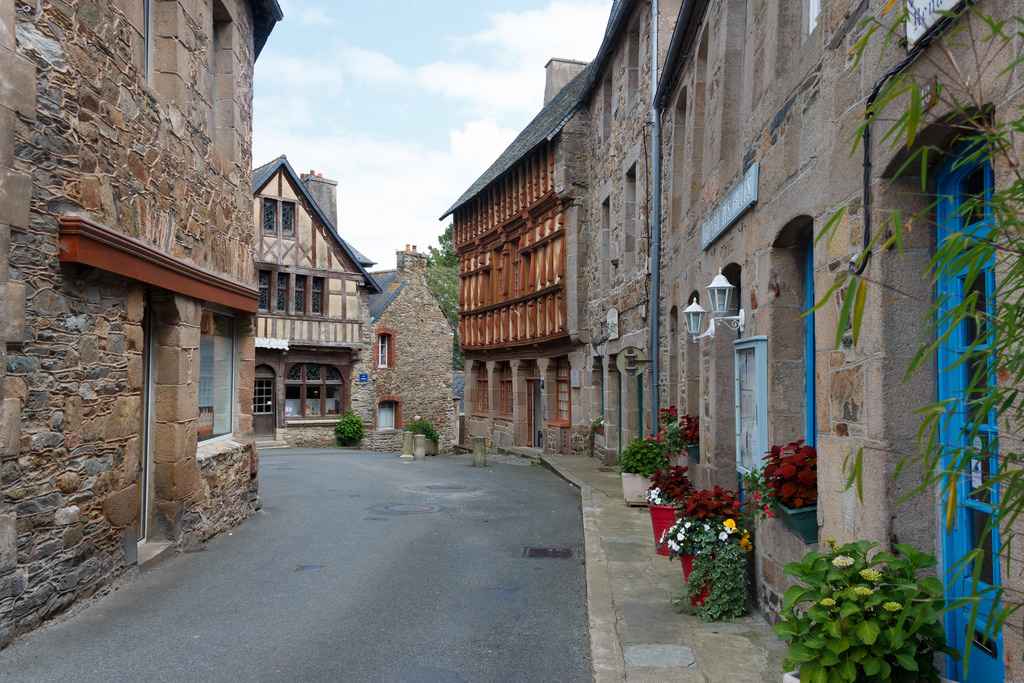 The city is organized around its religious buildings which is very important in Treguier, most congregations are represented between the seventeenth and eighteenth century. This somewhat stifled the city under influence of a very active clergy, who is struggling to develop. In 1789, it is an opportunity for the city to rally to new ideas led by the Revolution but its religious identity and catches during the winter 1794 the revolutionary battalion destroyed all religious monuments shattering all objects related to religion. The cathedral is stable and can not even accommodate the revolutionary ceremonies introduced by the revolution to honor “the supreme being”. She never recovered and then it was as crowded as Saint Brieuc before the revolution, it is now 12 times less populated.

Still, with the Restoration becomes what it was: an important religious city. It also opens to trade in vegetables and found a small port activity. But it remains very poor.

Its location on the confluence hinders communications from one bank to the other all no bridge was built until 1834 and 1835 that are thrown a bridge for the passage of bystanders and horses and a suspension bridge TOLL. But preventing the navigation, it will be destroyed 50 years later, replaced by a ferry and then by a metal bridge.

A third of the city is an area preserved because of its rich heritage including a large set of listed houses. In fact the city is like an open air museum during your walk you will discover:

The religious heritage is very rich also with the cathedral Saint Tugdual, cloister backed by the Bishop, the Augustinian Convent, Chapel of the Paulines, the steeple of the old church Saint Michel, the plight of the protest.

This tourist town enchants with its unspoilt ambience and charm of a medieval city that offers looks many vestiges of the time of its reputation as episcopal city has now become a nice city to visit.