Traditions and heritage to the village of Saint-Jean-du-Doigt

The curious name of this Plougasnou neighboring commune Saint jean du Doigt ( Saint Jean’s Finger) is associated with the relic of the finger of the right hand of St. Jean the Baptist. According to legend, the finger would have been reported during the Crusades in Normandy and a man from Plougasnou would back in 1437. The legend goes on to say that the finger was stolen by the English during the invasion by Britain Henry VII of England but the finger miraculously returned to its original place.
Belief in miracles attributed to the relic  made the initial chapel Traon-Meriadec a pilgrimage destination. Thus St. Jean Baptiste church was built, adorned with a rich religious heritage, except the treasure, could not resist a fire which broke out in November 1955. In this prosperous era for the region remains the enclosure and the parish church treasure: a processional cross in silver gilt, two chalices, an ivory crucifix and the relics of Saint John Finger, St. Maudet arm. This rich and prestigious past also remains the monumental fountain and the oratory of the coronation.

At that time, the financial windfall of the pilgrimage returned entirely to the town of Plougasnou. It was only in 1780 that separatist  appear and lead in 1793 to the formal independence of Saint-Jean will become Saint-Jean-du-Doigt in 1801.

The pilgrimage of forgiveness of Saint-Jean-du-doigt remained very popular and continues today with a procession that takes place every year on the last Sunday of June. This is the only day of the year where the faithful can see the treasure and the miraculous relic. It is a day of festivities where locals dressed in their traditional costumes go to the fountain to see Finger Tantad burn, a fire in a pyramid.

On the town, you can visit outside the government house dating from the sixteenth and seventeenth century, residence of the ecclesiastical governor who is now private property; Manor Kergadiou and that de Kermabon; Calvary of pen-ar-tank and fountain, the chapel Saint Melar and fountain.

Saint-Jean-du-Doigt also hosts the party every year the violin where musicians gather to play outdoors for the enjoyment of visitors. This year it will be Sunday, June 8

John Finger boasts its location near the cliffs of the sea bard which offers wonderful walks.

Visit Saint Jean du Doigt in Finistere from your campsite La Baie de Terenez. Book your mobile home 2 to 6 people in Finistere or a pitch

Plougasnou camping, camping in the Finistere 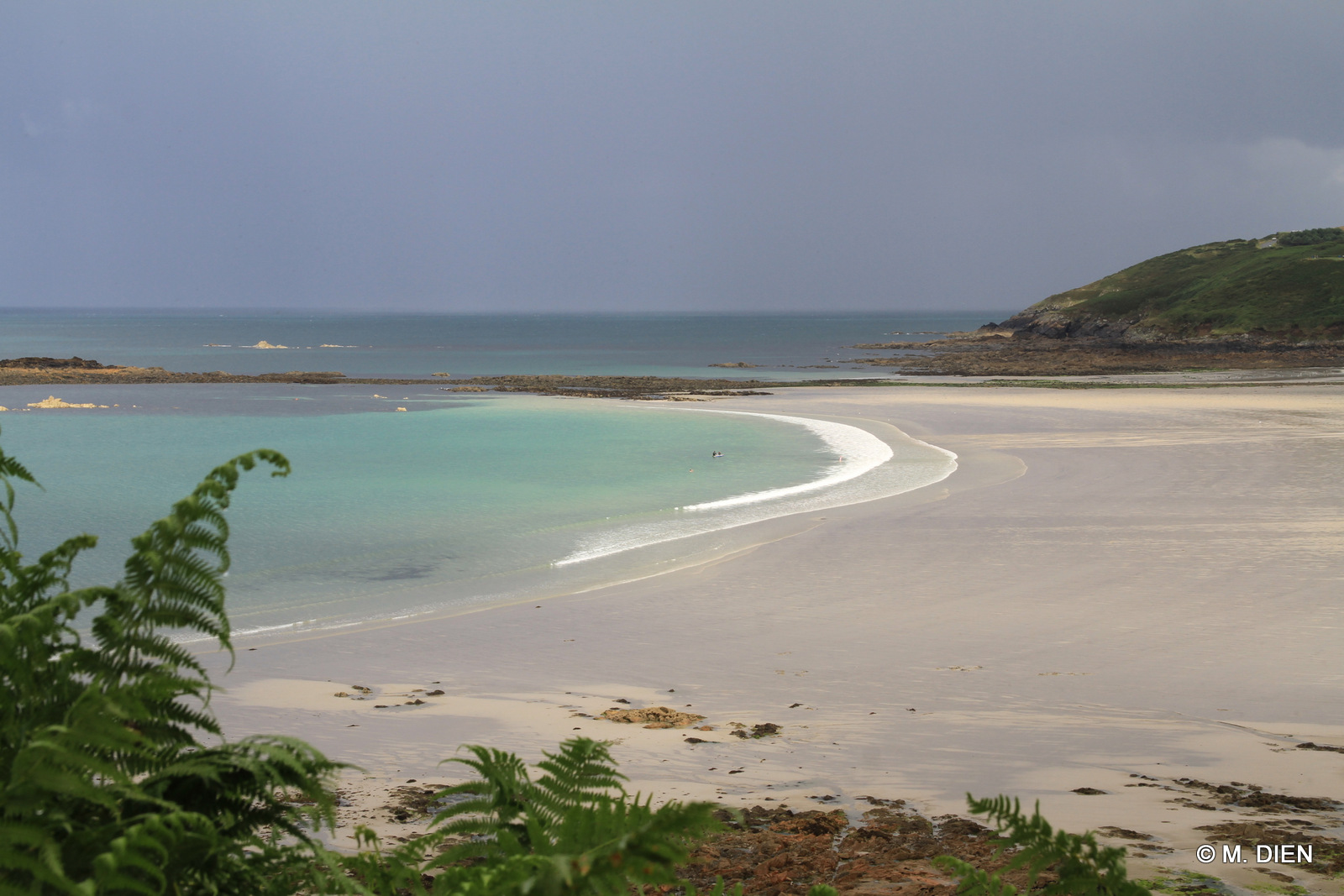