A city focused on the future

Brest, the city of Ponant is a metropolis that stands in first place in the Breton West. Its importance is due primarily to the military port, the second in France after Toulon. Your Terenez Bay camping is less than an hour from Brest.

Its history is intimately linked to the arsenal with which Richelieu was a military port of Brest, which will develop into the 1950s.

Brest is a city entirely turned towards the sea although it is protected by a natural shelter. The wide and deep enough to allow harbor hosting major fleets composed of large ships.

In the beginning: a stronghold

The original site of the city is its castle overlooking the mouth of the river Penfeld, which made it a strategic point of defense for 17 centuries. In the beginning it was a Roman castellum that erected late in the piece of land at the end of the world, whereas the presence of Osismii people previously installed the Roman invasion, had made a prosperous country. The E site produces great wealth which leads to found the Roman castellum to protect Saxon barbarians. This first fortress, there is still a wall visible today. After the departure of the Romans, the counts of the province of leon take possession until the eleventh century before passing into the hands of the Dukes of Brittany. Then in 1342, the fortress was taken by the English after Jeanne de Flandres makes alliance with England and remains under his tutelage until 1397 but the English will continue despite the signing of treaties to reclaim the citadel of Brest, which is now a important city. It is also at this time that major works restore the castle in the landscaping of new defensive techniques and it also becomes a comfortable residence. Anne of Brittany again allied himself with the English book and Brest in 1489 which will again be dislodged by the Granville Admiral and it was only after the marriage of Anne of Brittany with Charles VIII that between Brest permanently in the kingdom of France.

During the conflict of 1914, the city will host close to 800 000 men, landing mainly from Russia, Portugal and the United States to join the front. This transfer of troops will last until 1920 to re-embark armed to their countries of origin.

In 1940, the German invest the city but the announcement of their advanced military commanders destroyed facilities, bridges and several buildings. From 1941 until 1944, Allied planes bombard Brest which is largely destroyed: 16500 on existing buildings before the war, only 200 were still standing at the end of the conflict. The city will be rebuilt according to plans J.B Mathon that unlike Saint Malo where the old town was restored in the spirit of old neighborhoods, Brest is recomposed in a modern urban concept.

Brest a city to discover

The Bridge of Iroise, magnificent structure Shrouds and technological challenge that you can admire during dune ride the Plougastel Bridge reserved for bicycles and pedestrians.

The animation docks including the commander-Malbert, giving you a full view of the city and its port where wet the magnificent schooner “La Recouvrance” (on which you can share the sensation of maritime explorers of the last century) and bee-Flanders, the Pythian tugs ranked as one of the strongest in the world.

It is housed in the castle which includes all collections, events and entertainment Speaking of everything related to navigation: these are fifteen rooms that welcome you to highlight the universe and the maritime history of the past 17 centuries Brest 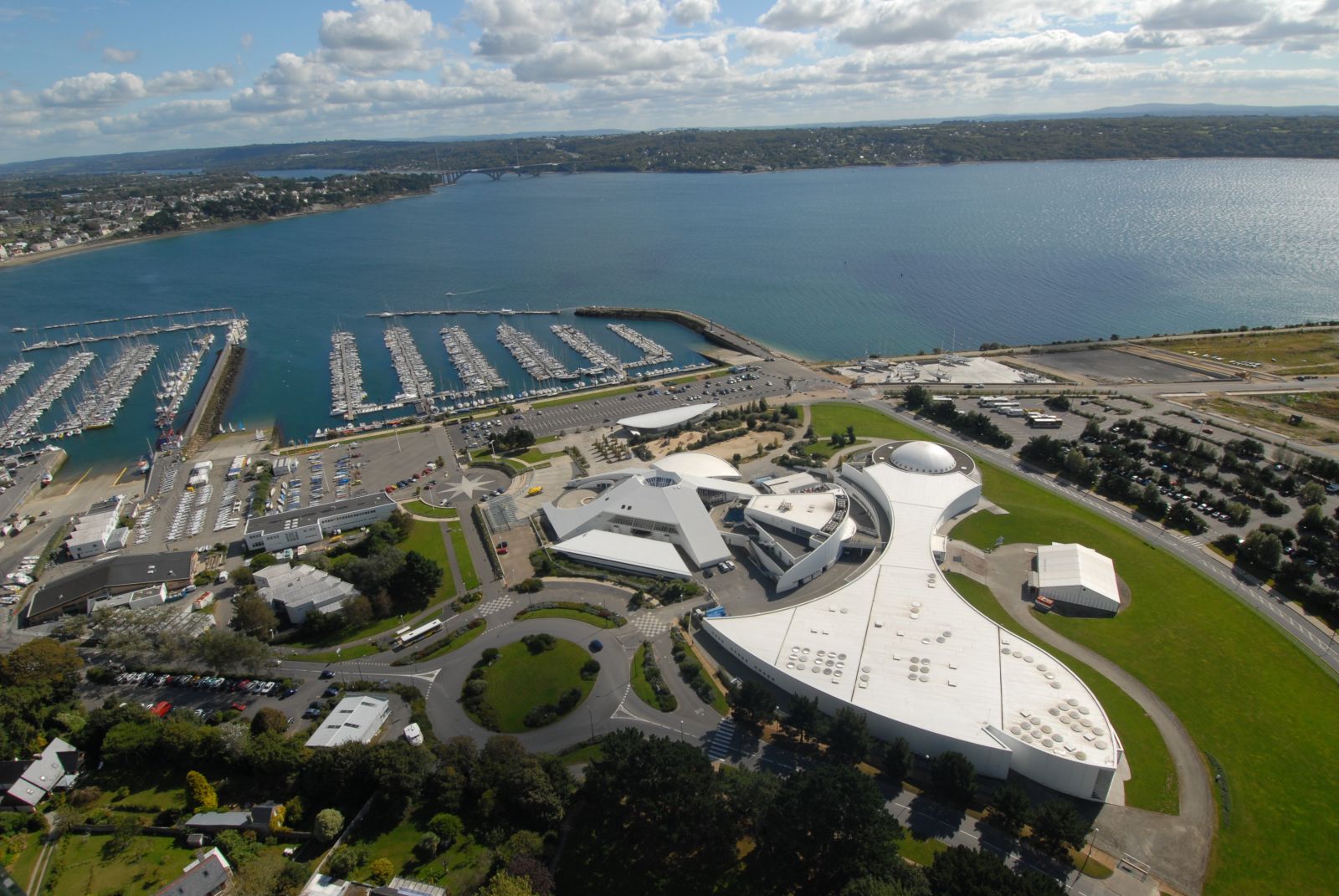 This is a fantastic park to see all the oceans of the planets through 68 aquariums and 4 million liters of sea water: the tropical pavilion with its panoramic lift which takes you into the world of sharks and fish pond reef with rich vibrant colors; the polar pavilion that takes you to the frozen continent thanks to the movie screen and into 360 shares with you the feeding of seals and penguins; the temperate pavilion where you find the ecosystem in the Iroise sea with its fauna and flora characteristic of Brittany; the biodiversity pavilion allows you to discover animations to explore the marine world and understand complex phenomena that are played on the seabed.

Do not miss this extraordinary adventure of the discovery of the oceans. 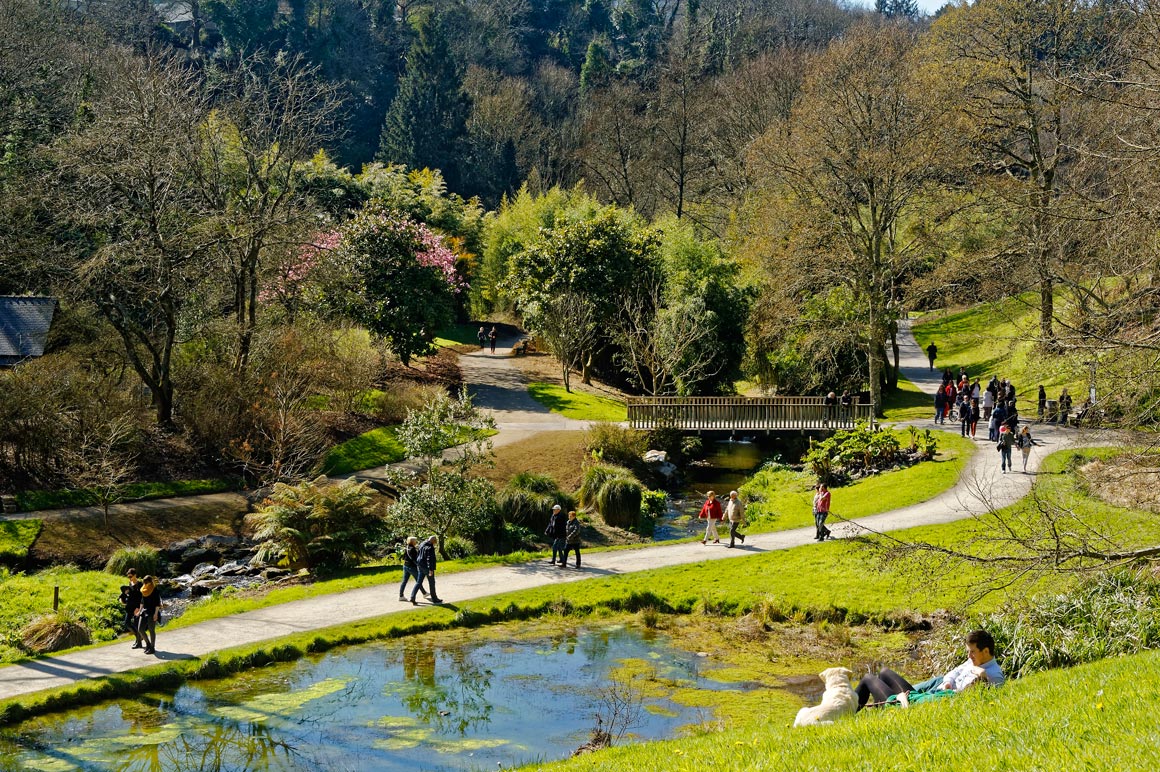 30 hectares, gardens and greenhouses are home to endangered plants. Grouped according to their destination, they fit perfectly into the natural setting of origin of the deep valley of Stang-Alar. During your visit you will travel the country armoricain to Australia … a tour of the plant world offering gorgeous blooms in all seasons. You can also see the tropical greenhouses and temporary exhibitions as “the daughters of the air”, photographs of dragonflies presented in the park.

In addition to its protection mission, the botanical conservatory has an advocacy and information to the public to help them discover the plant world in all its beauty and it is a success. The route takes you on a landscaped natural setting alongside a creek, ponds, rock gardens, woods and lawns in contrast with the high cliffs of this ancient quarry: a short time to recharge.